David Cournapeau is a data scientist. He is the original author of the scikit-learn package, an open source machine learning library in the Python programming language. He is a self-described "deployment/packaging geek".

David graduated with a MSc in Electrical Engineering from Telecom Paristech, Paris in 2004, and obtained his PhD in Computer Science at Kyoto University, Japan, in the domain of speech recognition.

He joined Cogent Labs in August 2017. As head of the Machine Learning Engineering Team, he plays a pivotal role at the interface between cutting-edge research and product development. Beyond his work at Cogent Labs, David is also well known in the open source community as the original author of scikit-learn, and a major contributor to NumPy and SciPy.

For more information, check out https://th.pycon.org/en/ Buy your tickets via Ticket Melon now! 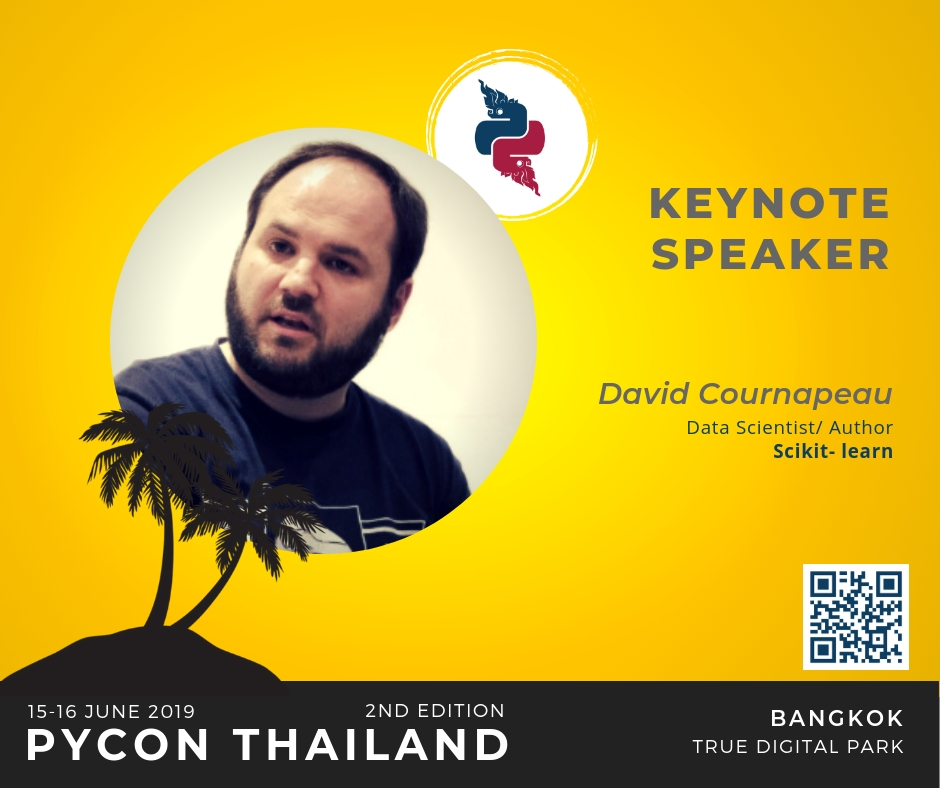